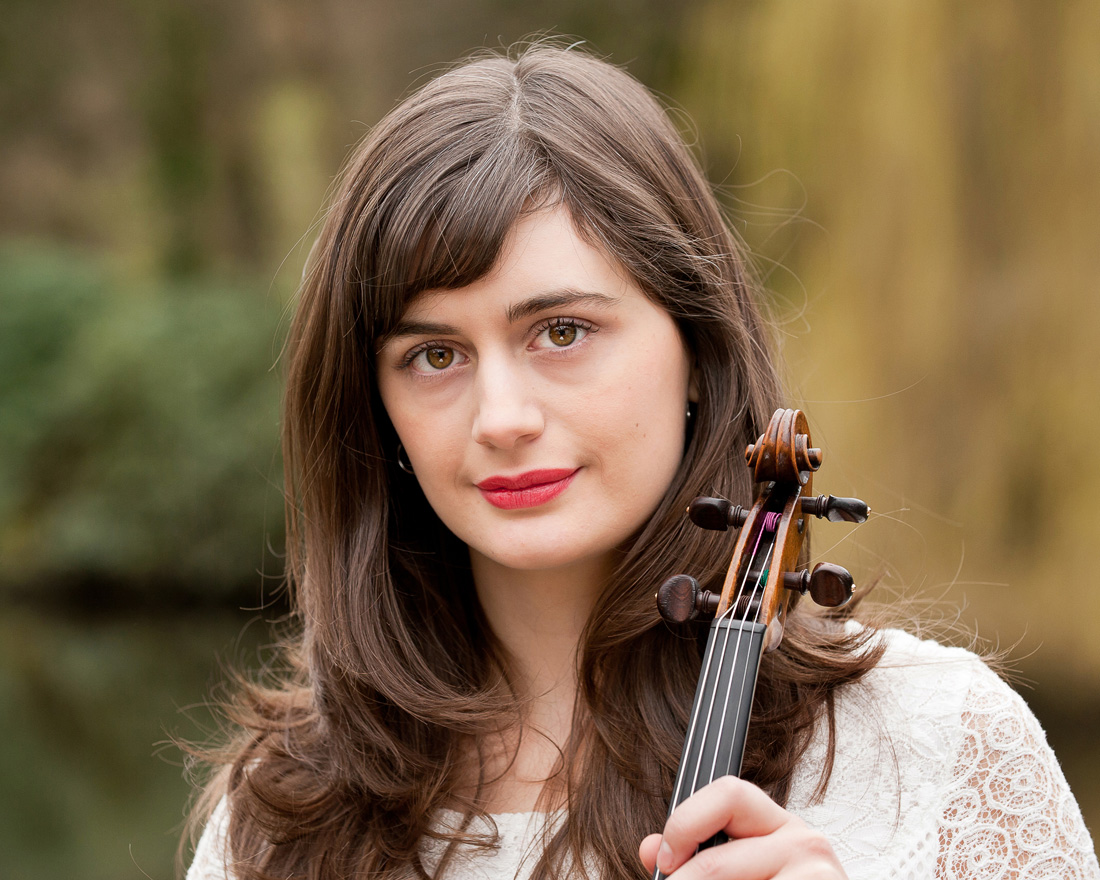 Sophie Rosa enjoys a varied career as a soloist, chamber musician and orchestral leader. She has performed across the UK as a recitalist in venues including the Royal Festival Hall, Purcell Room, Wigmore Hall, Kings Place and Bridgewater Hall and has appeared as soloist with orchestras including the Royal Liverpool Philharmonic and Manchester Camerata. Read More

"...Midori Komachi and Sophie Rosa play as one, dovetailing their phrases and matching their sound to a remarkable degree, counterpointed by velvet-gloved pianism of ravishing sensitivity from Simon Callaghan and further enhanced by an atmospheric, gently cushioned sound picture..."

"The young British prodigy Sophie Rosa, ably supported by pianist Benjamin Powell, interprets this repertoire with authority and yet the overwhelming impression is one of adventurous disposition mingled with a depth of emotion that conveys real exuberance. A wonderfully attractive recital, excellently recorded and presented."

"The thriving Medical Music Society of London engaged the excellent violinist Sophie Rosa and her pianist partner Benjamin Powell for a fascinating programme of a decidedly Gallic air on April 7th, the large audience being rewarded with consistently fine performances. The programme opened with a somewhat surprising choice (for an opening item)-Debussy's Sonata, which, considering this was a standing start, was compellingly performed. Then came a real surprise-Delius's posthumous B major Sonata-an extended and manifestly symphonic composition, which received a reading that convinced at least one member of the audience that here is a work that more than deserves entry into the standard repertoire of British violin sonatas. For many in the audience, this must have come across as a revelation, so intensely musical was Ms Rosa and Mr. Powell's commitment to the work.

After the interval, Franck's Sonata was quite beautifully performed, with these musicians wholly convincing throughout-their combination of sensitivity and virtuosity was ideal. Finally, Saint-Saëns's Introduction and Rondo Capriccioso released the recital's emotional intensity with gripping virtuosity on Ms Rosa's part, admirably abetted by her gifted partner."

“This like everything else, is played by Rosa and Buckle with finely judged detail, expansiveness and lots of heart“

"This is a very fine disc, containing uniformly excellent performances in great style and played with complete understanding. It is also extremely well recorded. The programme has been cleverly chosen to appeal to the same listener and includes rarely heard pieces (such as Franck's early Opus 6 and Ysäye's Rêve d'Enfant) alongside two established Sonata masterpieces. All in all, this would be hard to beat, and the result is a very desirable record indeed; I for one look forward eagerly to Sophie Rosa's and Benjamin Powell's next recording."
Robert-Matthew Walker, Musical Opinion Quarterly
(CD Review-'Rêve d'Enfant' Champs Hill ) July-September 2016

"...In a silken, silvery tone Sophie Rosa plays the first movement with an insinuating sensuality that captures the seductive mood to perfection. The phrase swells and relaxations are more than suggestive. Never have I heard a diminuendo and the fade-out like Rosa achieves at the end of the movement; it absolutely took my breath away.

Powell comes into his own in the second movement, where his cascades of notes come out clean and clear, instead of merging into an indistinct blur, as is often the case, and Rosa soars above him, refusing to cede dominance or be drowned out. Partial credit for this has to go to the remarkable acoustic of the Champs Hill Music Room, a hall custom made for chamber music. I’ve enjoyed many a release from this venue and never cease to marvel at the amazing sound, which, as contradictory as it may seem, is both open and intimate at the same time, and incredibly detailed. This may just be the best recording yet from this label and venue.

The awaited passage in the third movement where the violin plays a sustained, slowly mounting melody over arpeggios in the piano is played, for once, with understated expression instead of white-hot passion, which somehow seems to add to its intensity rather than subtract from it. Having my breath taken away once per a performance of the work is enough, but twice and I may need an oxygen mask.

Rosa sings the opening melody of the finale in a soft, sweet tone, as if inviting us to behold in hushed awe the miracle Franck has wrought in unraveling the chromatic enigma that lies at the heart of the whole sonata and revealing its secret to us in all of its crowning glory..."

"... Granted, 2016 is still young as I write this at the end of February, but this is the most exquisite chamber music disc to come my way so far this year and almost certain to earn a place on my year-end Want List. Urgently recommended..."

"Rosa’s tone is unfailingly lovely, and she and Buckle have a lovely rapport. Indeed, from the thoughtful repertoire choices to the natural-sounding recording, this Rubicon album is everything a recital recording should be."

Sophie Rosa enjoys a varied career as a soloist, chamber musician and orchestral leader. She has performed across the UK as a recitalist in venues including the Royal Festival Hall, Purcell Room, Wigmore Hall, Kings Place and Bridgewater Hall and has appeared as soloist with orchestras including the Royal Liverpool Philharmonic and Manchester Camerata. Sophie has broadcast live for BBC Radio 3 and has released CDs on Rubicon Classics, EM Records and Champs Hill labels.

Sophie performs recitals regularly with pianist, Ian Buckle. Their CD of sonatas by Montgeroult, Viotti, Weber and Mendelssohn includes the world premiere recording of Hélène de Montgeroult’s Sonata in A minor. In September 2021, they released a digital EP, ‘Dream Valley’ which is an assortment of English miniatures by Richard Rodney Bennett, Frank Bridge, Rebecca Clarke, Angela Morley, Roger Quilter and Cyril Scott. The recordings were highly acclaimed in BBC Music Magazine, Gramophone and selected as Classical Album of the Week in The Guardian.

Between 2019 – 2022, Sophie was Leader and Artistic Director of Sinfonia Viva and she appears as guest leader with orchestras throughout the UK, and is a member of Pixels Ensemble. In addition to her duo with pianist Ian Buckle, she performs with classical accordionist Miloš Milivojević, exploring repertoire from Argentine tango to Eastern European folk music. Forthcoming concerts include performing the complete J.S. Bach Sonatas and Partitas for solo violin at consecutive concerts for the Lake District Summer Music Festival and appearing as director and soloist with the Northern Chamber Orchestra for a performance of Vivaldi’s Four Seasons and Piazzolla’s Four Seasons of Buenos Aires.

Sophie teaches at Chetham's School of Music and is a visiting tutor at the Royal Northern College of Music, Manchester. She plays on a Joseph Gagliano violin dated 1795 and a Claude Fonclause bow made available through the generous support of the Stradivari Trust. 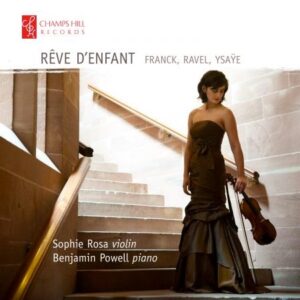 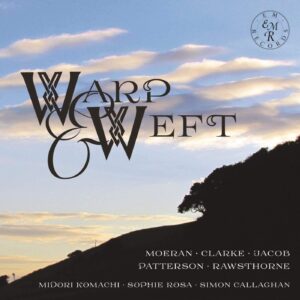 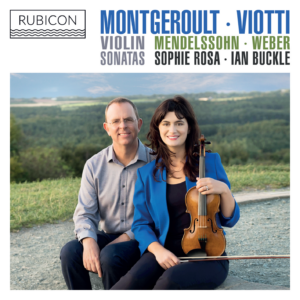 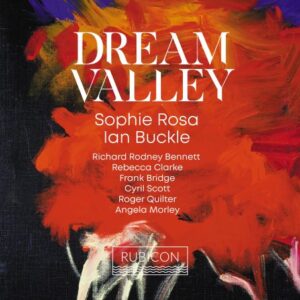