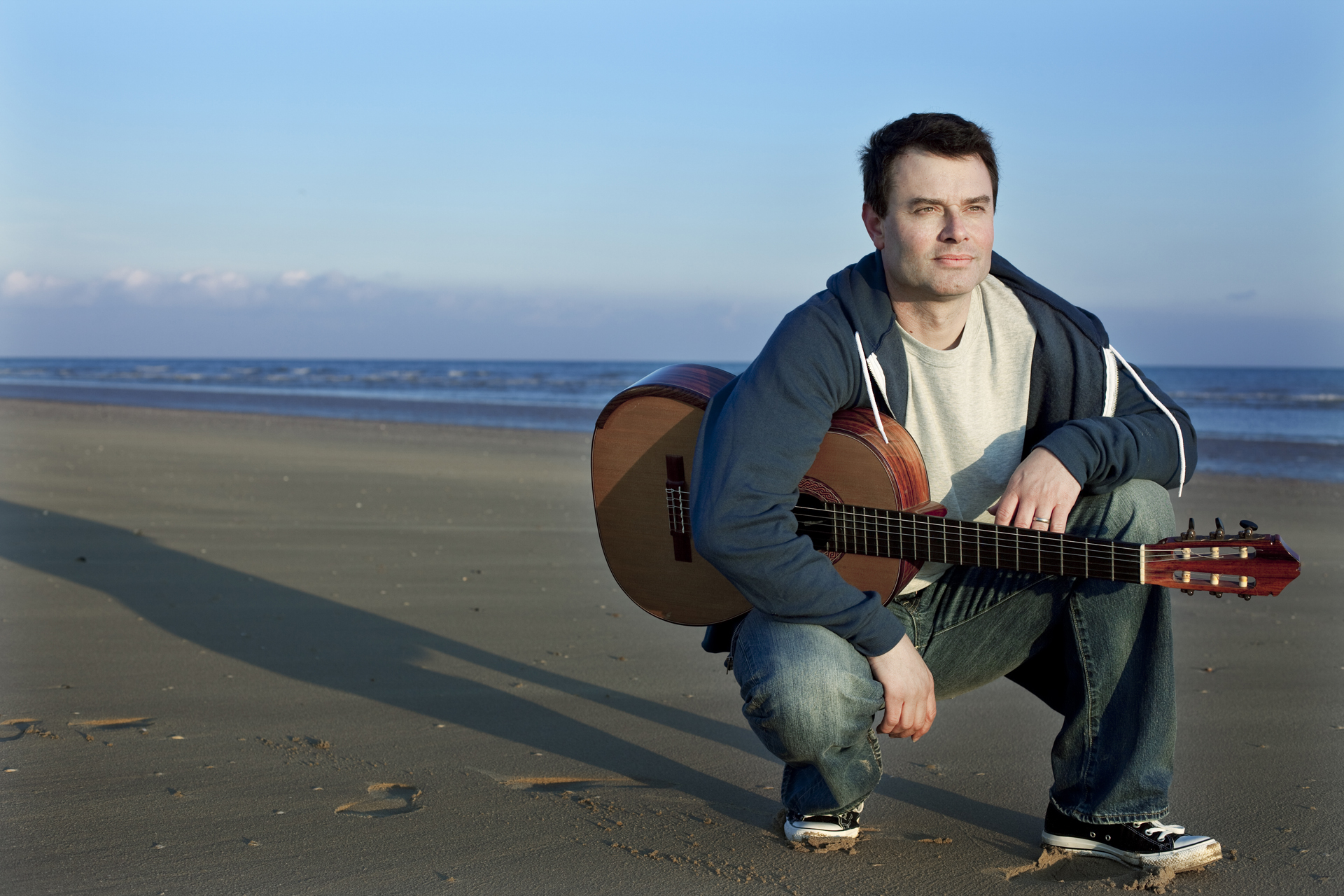 "A worthy successor to Julian Bream"

Australian born guitarist Craig Ogden is one of the UK’s most recorded guitarists. His recordings have received wide acclaim and Craig’s chart-topping albums for Classic FM albums are regularly played on air.

Craig Ogden has performed concertos with many of the world’s leading orchestras. He regularly appears as soloist and chamber musician at major venues, collaborating with many of the UK’s top artists and ensembles. Read More

Stylish, virtuoso playing and a 'something-for-everyone' programme
"With Australian Craig Ogden you don’t just get some of the finest guitar-playing on the planet. His chats to the audience between each piece let you into all sorts of secrets… Show MoreHis Wednesday night concert was as comprehensive and diverse a celebration of the guitar as you could squeeze into two hours, including solos, duos, chamber ensemble and works for guitar and orchestra... Whatever the style, be it popular or classical, each item in this thoughtfully devised programme was treated with as much artistry as the considerable talents of Craig Ogden and the sixteen string players of Manchester Camerata could muster."

"Craig Ogden is a brilliant, persuasive advocate, not only in the Walton but in the Malcolm Arnold and Lennox Berkeley Guitar Concertos."
The Guardian

"Craig Ogden... has always chosen his recital programmes with wisdom, and, as a performer in the specialised realm of the classical guitar, he has opened our ears to the instrument's breadth of repertory and to its expressive potential."
Daily Telegraph

"All the works were inspired by Julian Bream, to whom Craig Ogden is a distinguished successor. Allied to his superb, agile technique, the range of tonal shading he brings to his playing is of rare richness and subtlety."
The Telegraph

"Ogden came on and entranced the crowd, mesmerising his listeners with his heart-stoppingly authentic rendition of George Harrison’s Here Comes the Sun….Ogden also delivered a clutch of iconic Spanish numbers with style and cool panache. A great reception." (Read full review)
Michael Tumelty, The Herald

"Between song sets, Ogden had the stage to himself for an Albeniz piece and three Greek dances, the zesty asymmetrical rhythms of which he dispatched with virtuosic flair."
Chicago Tribune

"Ogden’s playing here, (Berkeley) as in all of the works, is powerful, precise and thoroughly musical. I have been an admirer of Ogden’s playing for some time, but that admiration just ticked up a notch after hearing this daredevil playing."
American Record Guide

"My father enjoyed immensely your interpretation. It is indeed a very good recording and we are grateful that you recorded the Concierto Para Una Fiesta, which we love and has been a bit neglected next to its famous sisters, Concierto De Aranjuez and Fantasia Para Un Gentilhombre and also for the difficulty in performing it. Although we knew that you are very talented, this recording has confirmed your position among the greatest guitarists."
Cecilia Rodrigo

"Craig Ogden adopts softer colours and a smoother tone than some older players (Bream, Williams and Diaz, for example). The result is one of the most winning performances I have encountered."
Classic CD

"There are other guitar concertos than Rodrigo’s and Craig Ogden has been doing his best to convince people of the fact. The new arrangement of Walton’s Five Bagatelles, together with the Arnold concerto and Serenade, makes a very set of very rewarding pieces. Even Lennox Berkeley’s melodious atonality sounds marvellous in Ogden’s hands."
Manchester Evening News

"All the works were inspired by Julian Bream, to whom Craig Ogden is a distinguished successor. Allied to his superb, agile technique, the range of tonal shading he brings to his playing is of rare richness and subtlety."
The Telegraph

"The influence of Spanish flamenco could be felt in Sun Trap for guitar by Jonathan Cole, a short and exciting piece brilliantly played by Craig Ogden. In Britten’s Songs from the Chinese and in the finest of the Night Pieces - the hauntingly beautiful Nocturnal after John Dowland, Craig Ogden interpreted Britten’s writing for guitar magnificently."
East Anglian Daily Times

Australian born guitarist Craig Ogden is one of the most exciting artists of his generation. He studied guitar from the age of seven and percussion from the age of thirteen. In 2004, he became the youngest instrumentalist to receive a Fellowship Award from the Royal Northern College of Music in Manchester.

One of the UK’s most recorded guitarists, his recordings for Virgin/EMI, Chandos, Nimbus, Hyperion, Sony and Classic FM have received wide acclaim. Craig’s six chart topping albums for Classic FM are regularly played on air.

Craig Ogden has performed concertos with many of the world’s leading orchestras in countries including Latvia, Russia, South Africa, Denmark, Spain, Sweden, Germany and Australia. In recent seasons he has performed with the Hallé, BBC Concert Orchestra, Orquesta Sinfónica de Navarra (Spain), Spanish Symphony Orchestra, RTÉ Concert Orchestra (Dublin), London Philharmonic, Ulster Orchestra, Orchestra of Opera North and the Royal Liverpool Philharmonic. In 2015, Craig was asked to step in at short notice for the indisposed Miloš Karadaglić and performed a series of concerts on tour with the Royal Northern Sinfonia at major UK concert halls and again in 2016 with the Royal Northern Sinfonia and the English Chamber Orchestra, both tours receiving critical acclaim. In 2019, Craig presented his own programme of “The Celebration of the Guitar” with Manchester Camerata which showcased the guitar in various styles. This season Craig performs concertos with orchestras including the Hallé, London Mozart Players, English String Orchestra, Orchestra of the Swan and the Darwin Symphony Orchestra, Australia. Craig enjoys performing new works for guitar and gave the world premiere of a concerto written for him by Andy Scott with the Northern Chamber Orchestra at Stoller Hall, Manchester in November 2017, followed by the Australian premiere in Perth in September 2018. He gave the world premiere of ‘Il Filo’, a double concerto for guitar and accordion by David Gordon with Miloš Milivojević in summer 2019 and will give the world premiere of a concerto by David Knotts with the BBC Concert Orchestra at the Queen Elizabeth Hall, London in January 2021 which will be recorded by BBC Radio 3.

Craig Ogden regularly appears as soloist and chamber musician at major venues, collaborating with many of the UK’s top artists and ensembles. He is a regular member of the London Tango Quintet.

Craig has been invited by John Williams to perform with him at venues including London’s Globe Theatre, where he returned for a music and poetry performance with actress Meera Syal. Craig has performed at many of the major UK festivals as well as large outdoor festivals including Jamie Oliver and Alex James’ Big Feastival and the Wilderness Festival. In August 2015, Craig gave a recital with tenor James Gilchrist at the Edinburgh Festival which was broadcast live on BBC Radio 3. Craig performed as part of the Michael Tippett concert series at Wigmore Hall and returned there with the Nash Ensemble. In July 2016, Craig gave concerts and masterclasses in Hong Kong and Shanghai as part of the Hong Kong Guitar Symposium and in July 2017 Craig performed several chamber music concerts at the Australian Chamber Music Festival at the invitation of Piers Lane.

Craig also frequently records for film and was featured on the British hit, Notting Hill. He has presented programmes on radio including The Segovia Legacy on BBC Radio 3 (co-presented with Louis de Bernières), Ten Pound Pom Mum for BBC Northern Ireland (a programme about his Mother’s upbringing in Northern Ireland) and a series of four interviews with artists including John Williams for ABC Classic FM (Australia). Craig presented three short videos as part of an advertising campaign on Classic FM for Emirates Airline and was invited by Sky Arts to be a mentor for the Guitar Star television series. 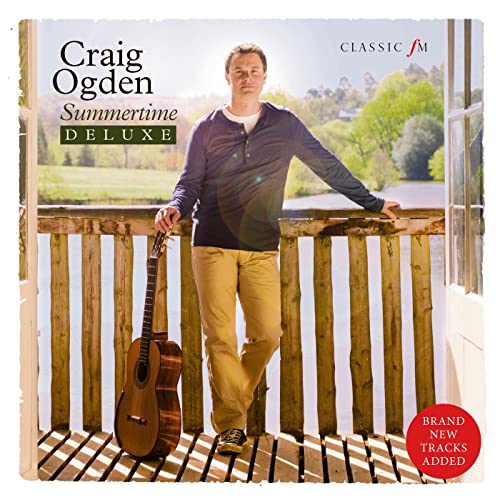 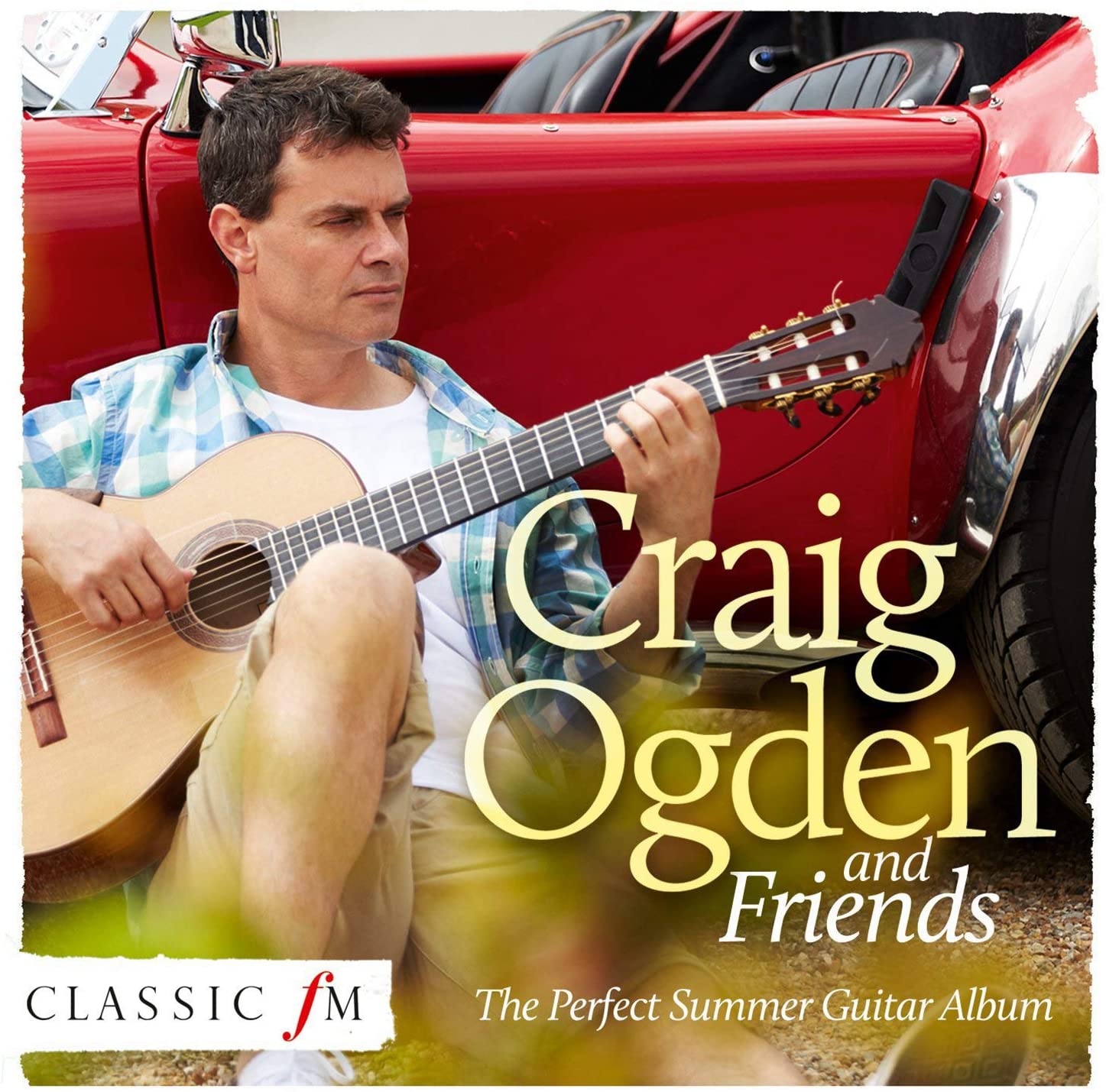 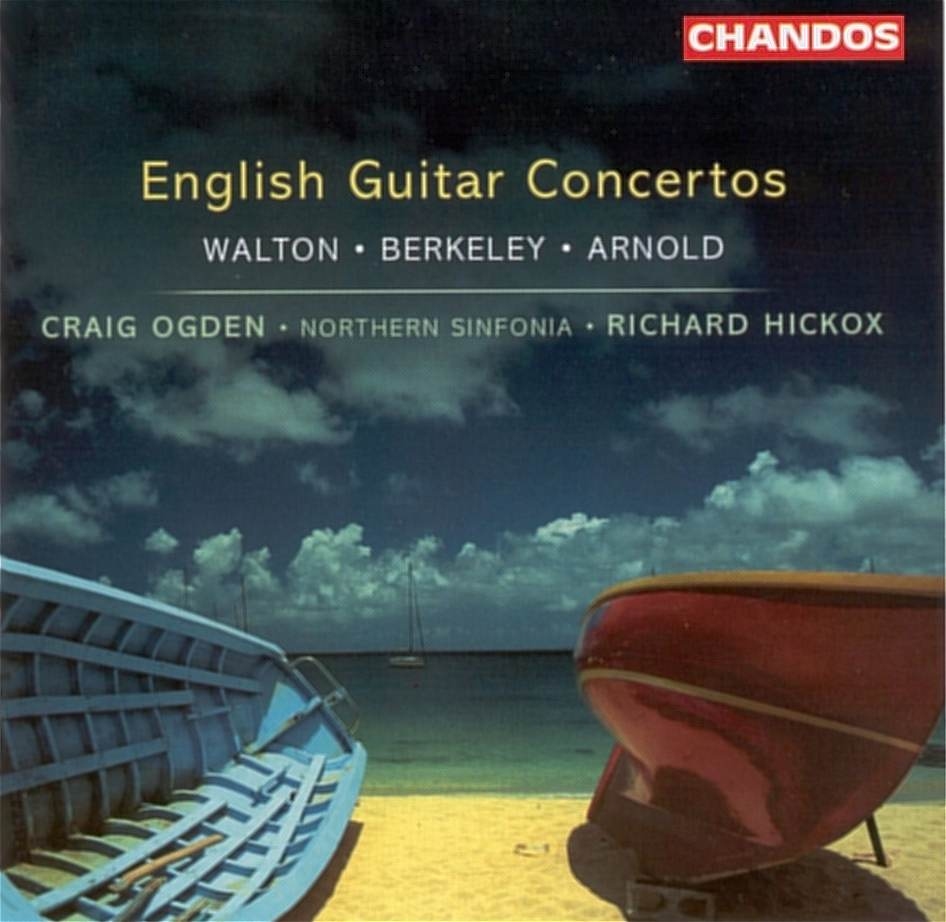 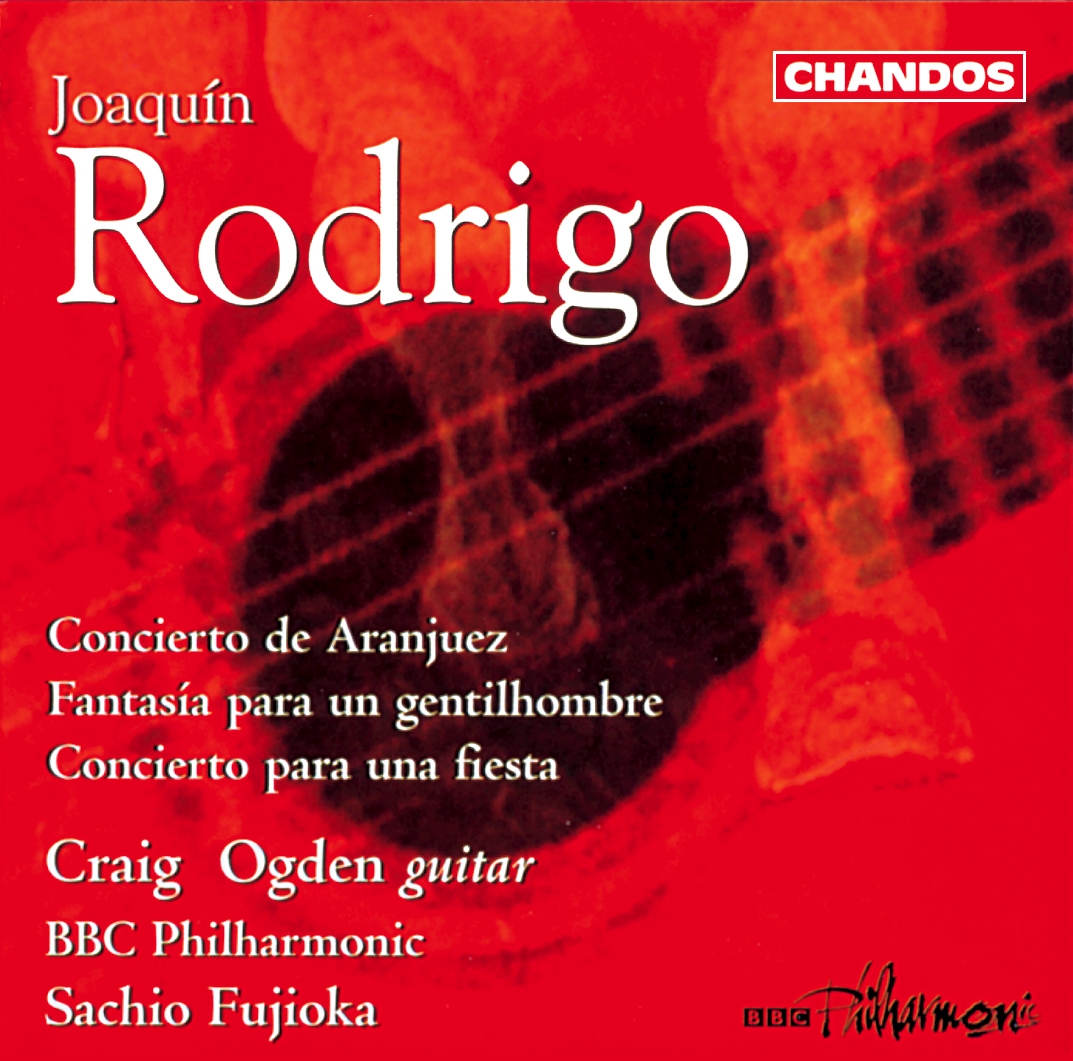